Waste electrical and electronic equipment (WEEE) is becoming a ubiquitous feature of the UK’s waste as a modern consumer society, with around 1.3 million tonnes of electrical goods thrown out every year, some 38 per cent of which is recycled. Material recovery of WEEE has progressed in recent years, with 75 per cent of WEEE arising in 2010 being re-used or having materials recovered successfully.

Large household appliances, such as fridges and washing machines, currently make up 40 per cent of WEEE, but it also includes TVs, small domestic appliances, electronic toys and other electrical goods.

WEEE recycling is tricky due to the diversity of materials that make up the products (some of which are hazardous, like mercury or cadmium) and the diversity of the products themselves. While recycling processes vary hugely due to these different materials, most involve separating an appliance’s individual components so that they can be taken away for onward processing.

The below process is a simplified version of the WEEE recycling process, given the diversity of processes used to recycle different electrical appliances.

You can learn more about how to recycle WEEE, such as electrical items and white goods, on the Wales Recycles website. 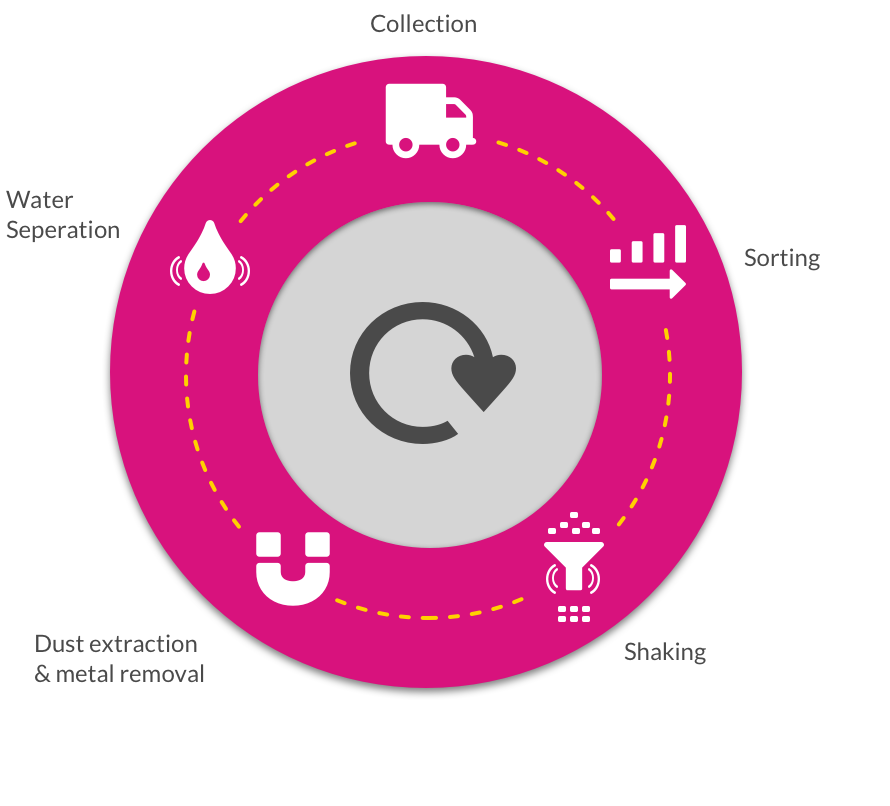 Where does Wales’ Waste electrical and electronic equipment recycling going?

Where does Wales’ Waste electrical and electronic equipment recycling going?